Have you ever used a post level? What a great tool! It has 2 wings on it so you can level the X-direction and the Y-direction at the same time. And it has a big rubber band that you use to attach it to the post.

I was working with a 50 year old experienced concrete worker, and he had never seen one! So, I guess they must be a pretty new thing, or he’s just always used his trusty wooden level, moving it from side to side. I say, why not free up your hands with a post level. Then you are free to hold the post with one hand and use the other hand to add gravel or dirt. Or, if you have a truck pouring concrete, it’s good to have both hands on the post because the heavy concrete tends to move the post or pipe away from where the concrete is hitting the bottom of the hole. This is especially useful when you are working alone.

When You Can’t Trust the Bubbles

When setting a post in concrete, you definitely don’t want to set it wrong. One thing that worries me a bit about these post levels is that the bubble chambers pop out pretty easy. In fact, I’d barely used my first post level, and the next day I noticed the vertical bubble had gone missing. It made me a bit worried about trusting the bubbles. I noticed they are pretty easy to pop out, so care should be taken as with all levels not to drop them or bump them around. Just to be safe, I thought I’d better buy a couple so I’d be able to check them against each other. My trust has been restored. 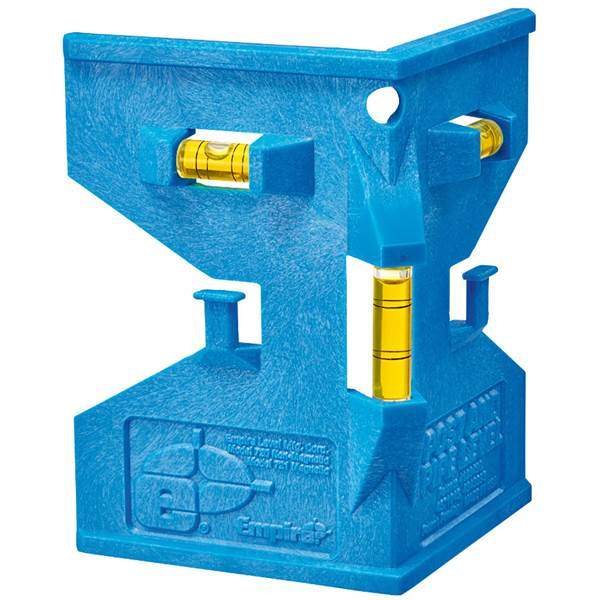 There’s a few Post Levels at Home Depot to check out. 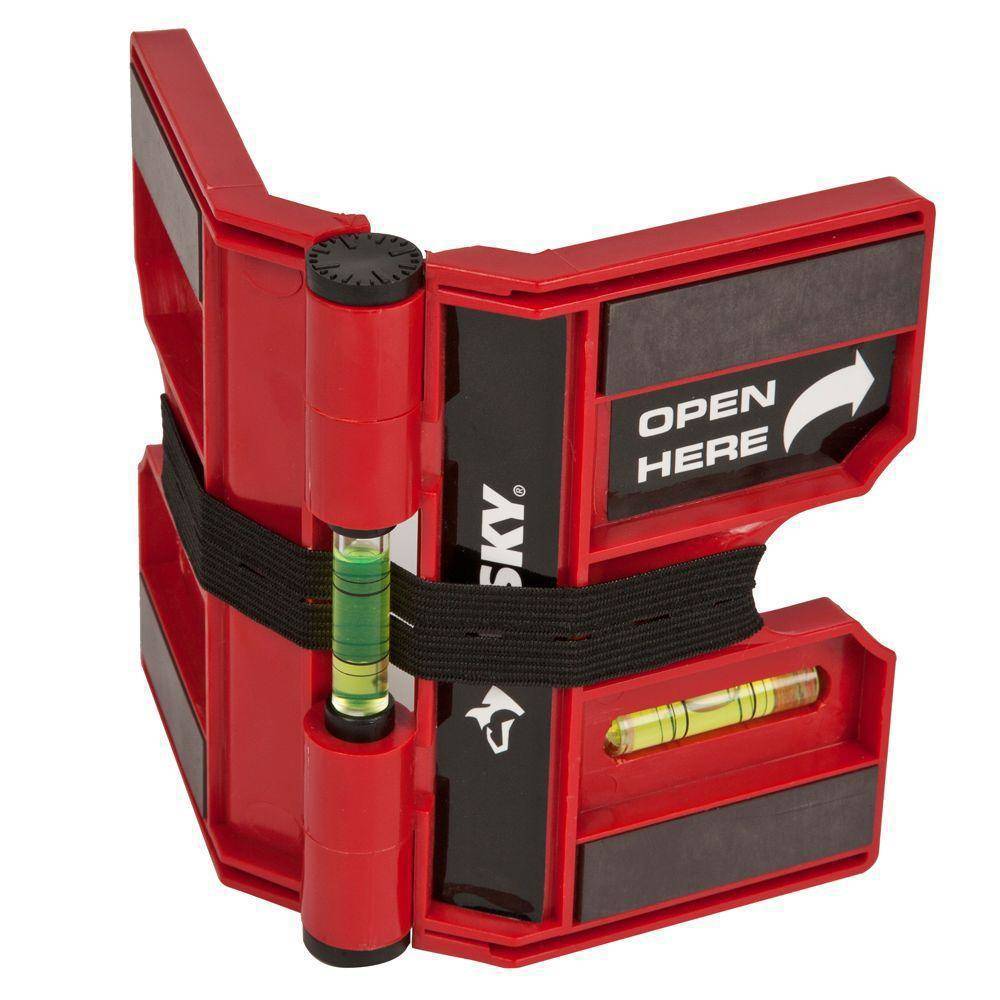 No magnet is better than a weak magnet

The little magnetic bullet levels seemed like a good purchase, until one fell of the steel pipe into the flow of new concrete coming down the chute. That’s encased forever in 4500 psi! They are definitely handy, but the Husky brand one I bought at Home Depot doesn’t have a very strong magnet unfortunately.

The nice thing about levels with no magnets is, you don’t try to stick it to the surface in the first place, so you don’t watch it hit the ground or drop down a hole unless it was your fault. My advice? Find a magnetic level you can trust.

Keep your levels clean (and check for RFID tags!)

Years ago I was building an old porch floor up with tapered sleepers to make it level. Here I was using a brand new shiny red 4 foot level I got at Knox Lumber which is no longer. I, for the life of me, could not figure out how I was building this floor so out of level. Finally, I realized the RFID tag was still stuck right on the bottom side. The top side of this level had that see through hole to the bubble. Stupid me! I was made for a minute, had a laugh, and got back to redoing the sleepers.

I was reminded of that event when I was plumbing bollards while pouring concrete. My level had gotten some chunks of hardening concrete on the edge, and it was dark, so I could find plumb until I noticed and cleaned it off.

You Need Levels You Can Trust

You don’t really trust strangers much for a reason. You have no track record with which to judge them by. Similarily, if you’ve known someone a while, but got tooled around by this person, you could say you placed too much trust in that person. The same goes for levels.

If you’ve used a level a long time, and have always gotten good results, then you have a good level you can trust. You should still test it occasionally to make sure nothing has happend. If you just bought a new level, then you’d like to test it out right?

You can take a level by itself, and find a level surface. Try it one way and flip it around. Obviously, in both directions, the bubble(s) shoud read level.

You can also take two levels against each other, and they should level out exactly the same. If one is off, try flipping one and the other around to determine which one is bad. If you can’t determine that, you’ll need a third level to break the tie, assuming you don’t have one good level and two bad ones!

I’ve heard of old timers taking a level that got dropped and throwing right away! That’s because that old timer was probably bitten a time or two by a bad level!

You definitely don’t want a bad level hanging around the jobsite. And don’t ever think of selling it at a garage sale or giving it away! A bad level is worth less than zero, because it creates potentially serious errors. If it’s a long level, and you want to keep it as a straight edge, break out the bubble(s) so it is unusable as a level. In all other cases, just throw it away!